NEWS FROM ANOTHER EARTH

Chronicles of a trip made by Rafael Pombo to South America.

Theater and literature Workshops for children, youth, women heads of households, housewives and older adults, based on the biography, stories for children of the Colombian writer Rafael Pombo and the language of the Mudras, belonging to the theatrical tradition of the Orient – India.

We all carry a child inside regardless of our years or stature, the ingeniousness, amazement, imagination and the playing are part of our growth and from the inexhaustible changes and moments through which we spend. Rafael Pombo is known in Colombia as a writer for children, several generations of children and of course adults know foot juntillas verses such as “the son of rana rin rin tadpole/departed this morning very stiff and very nice…” or “Michín told his mom:/ I will become pateta/and that to prevent it is the goal/ in the act will die…”. This curious writer was born in 1833 in a very large house in the quarter of La Candelaria, in the center of Bogota, one of the first districts of this huge city.

There, Rafael composed his most beautiful poems and his unforgettable stories for children.

And we will discover the magical world with our hands.

In the hands live the stories, to sing, to speak and to talk we use the fingers, the palm, the back of the hand and its movement to accompany and to complete what we are saying and what we are doing. Although the hands are able to develop utensils, to grab, to break, to mold, to caress, to strike, they are not only operating in the material world, but also in the spiritual world. By the hands, we go through the energy and the divine force. And then our child starts to fly. The Mudras, for many years, have been the highest encoding of Art Theater, originally Buddhist gestures used for meditation. Then adopted by practices arising from Yoga by the medicine to control psychophysical energies in which one can find the spiritual balance and harmony. However in theater they are used as representative gestures, they communicate and they express esthetical ideas and concepts. Thus the Mudras are in part religion, medicine and art: an integrating element with the hand.

According to the Buddhist tradition the cosmos and the body are made from the same substance, so the body is sacred, and for this reason the hand is an instrument to communicate spirituality. But we shouldn’t forget that from our hands flow the actions. And the world, the reality of man is constructed from his actions.”The hands are symbols of humanity (p. 14)”. And these material and spiritual actions weave a third one: the narrative action, well the art melts our actions in the mold of the spirit.

We convert spiritual and material actions during the workshop in narratives, literary and poetic actions. 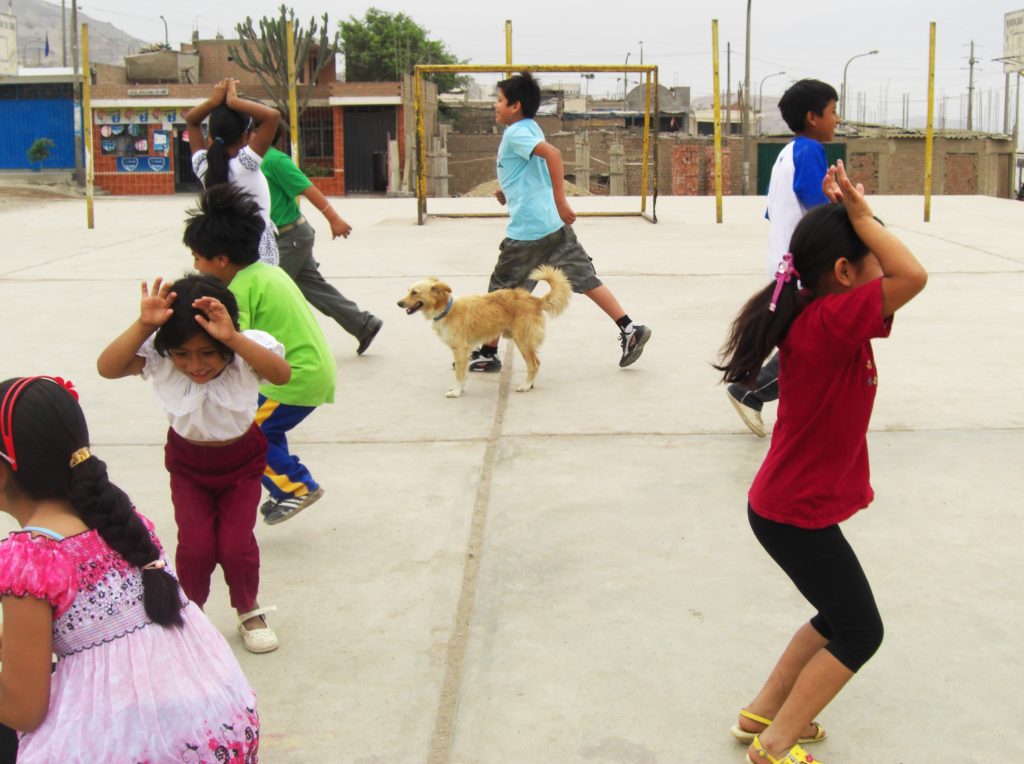 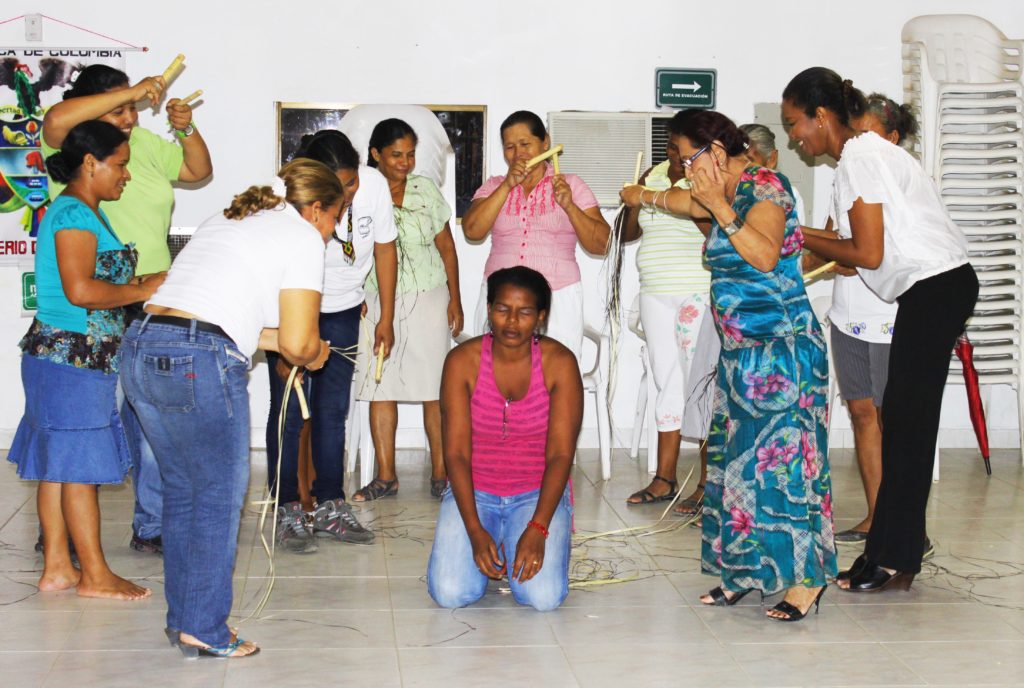 NEWS FROM ANOTHER EARTH is significant as it allows and invites a gathering from the imagination, creation and participation of children, young people, adults and grandparents, with a characteristic literature of Colombia, through the biography and stories for children by Rafael Pombo.

To generate a dialogue of imagination and artistic creation with the art theatre and literature with the aid of the Mudras and the writing for children of Rafael Pombo, with the goal to do a cultural interchange to the spiritual and creative development of each one of each participant.

The methodology uses the transmission of knowledge, the question as a generator, the creation of artistic images: body, literary and plastic. The result collects from the literary and theatrical creations of the participants from the plastic form. It concludes with a socialization. In the third act it talks about the life of Rafael Pombo. It concludes with a socialization. 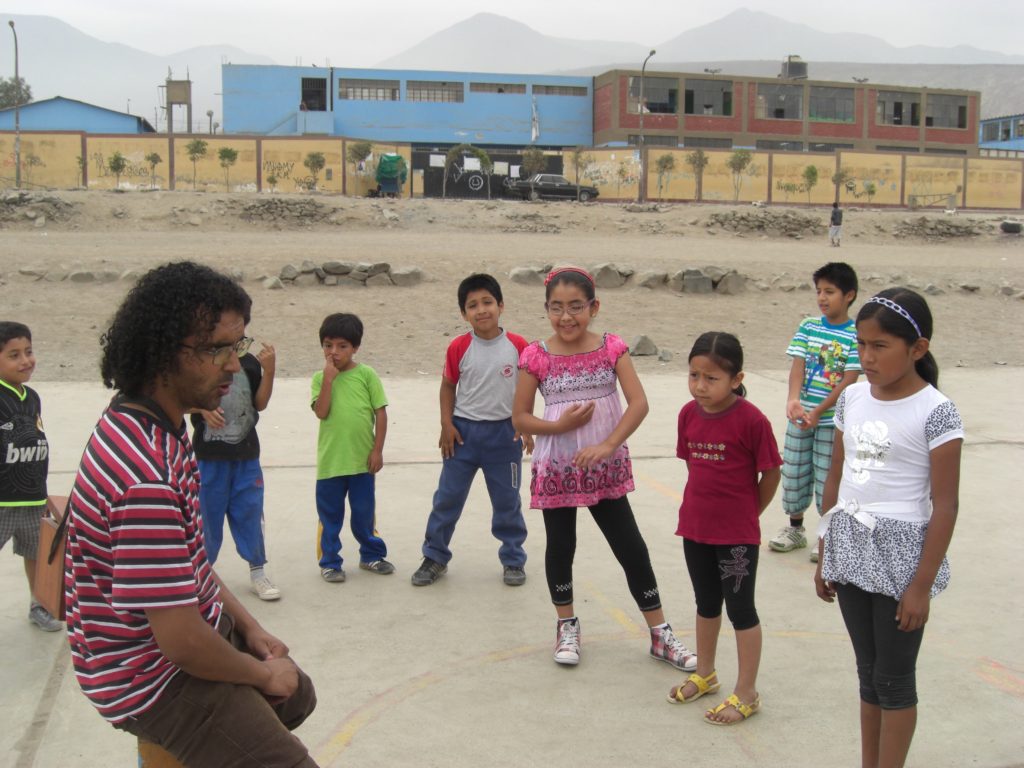 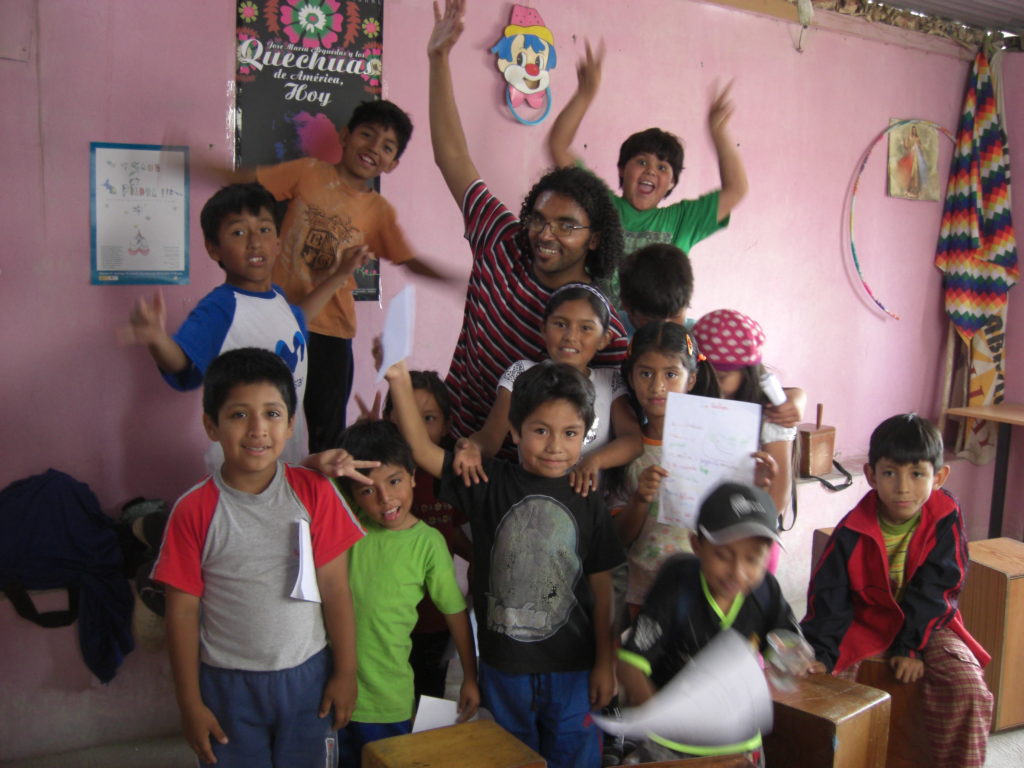